We have begun our annual migration to North Carolina. We left Thursday and made a stop-over at a state park outside Pendleton, Ore., which gave Robin an opportunity to visit the Pendleton Woolen Mills store. After one night in Idaho, we are now in Utah, heading for Arches and Canyonlands National Parks.

We were planning to camp at Utah Lake State Park, but the campground was closed, even though it was supposed to be open until the end of the month. We ended up staying in a commercial campground just down the road from the park.

Today we walked over to the park, which was pretty deserted except for a few people fishing. The park has a big marina, which was also nearly empty. 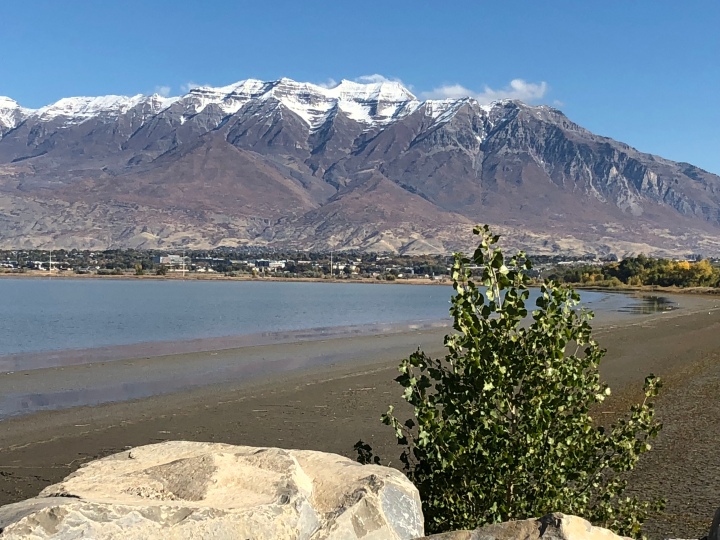 Utah Lake, with the Wasatch Mountains in the background

Utah Lake is the largest freshwater lake in the state, encompassing nearly 150 square miles, but it’s not very deep, only 13 feet.  It loses an average of 30 percent of its water to evaporation in a year. It looked pretty low today.

Our campground is called Lakeside, though it’s not actually on the lake. It is in the Provo River, a pleasant little stream that is quite scenic in its own way. 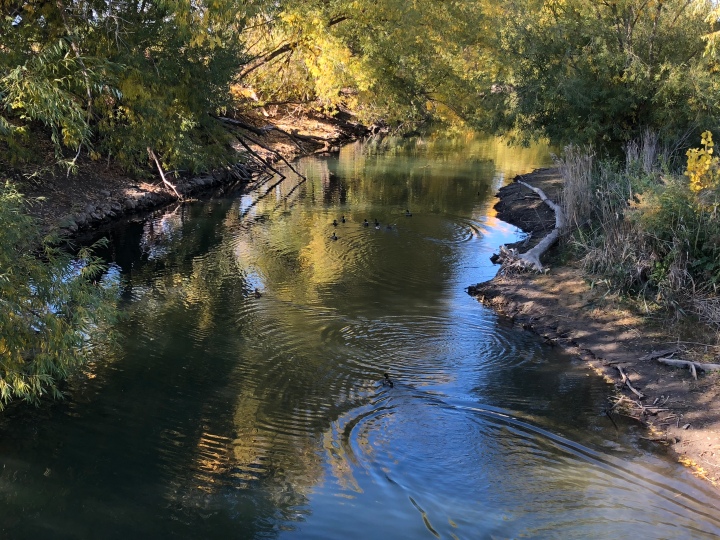 Across the street from our campground is a storage facility with a huge collection of old gas signs and gas pumps. 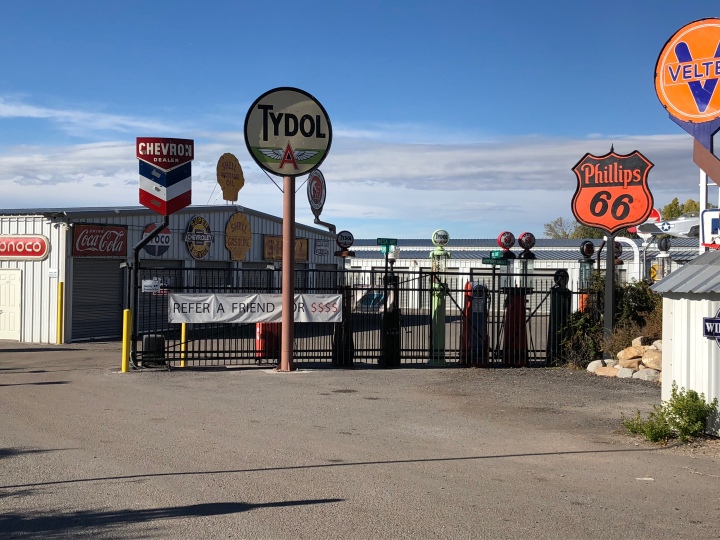 Tomorrow we head for Moab and the two national parks.

One thought on “Heading east for the winter”