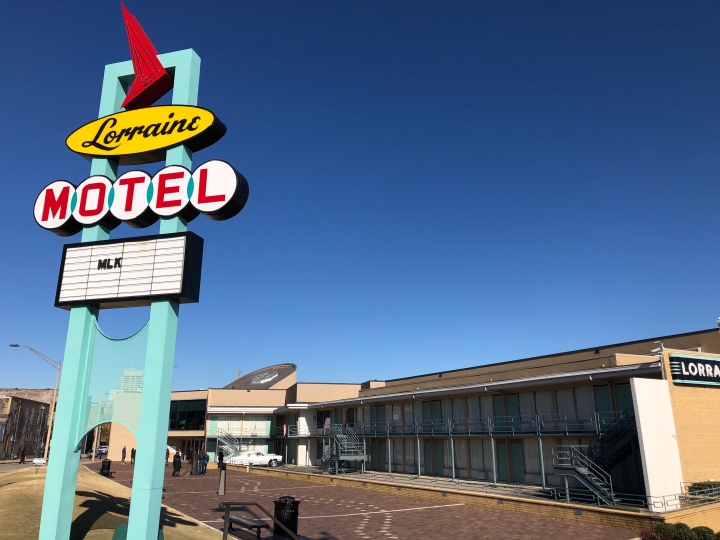 We arrived in Memphis, dropped Teddy at his kennel, and headed to our downtown hotel. It turned out to be restaurant week in Memphis, so the two restaurants nearest the hotel were both booked, but we found a table at a a place called the Majestic Grille, located in an old movie theater a few blocks away. The food was good and they were playing clips from old black-and-white movies, either silents or talkies with no sound, on a screen above the dining room.

The next morning we headed for the National Civil Rights Museum, which is located in the Lorraine Motel, where Martin Luther King was shot 51 years ago. The motel came upon hard times after the assassination and was going to be torn down, but a group of local citizens saved it, and it is now a museum, affiliated with the Smithsonian, that tells the story of the civil-rights movement. We spent several hours there.

The exhibits are extensive, starting with slavery and going forward to the King assassination. It also has some exhibits that deal with more recent events and movements, but those seem sort of added on. There are more exhibits across the street in the boarding house from which James Earl Ray is said to have fired the fatal shots, but we didn’t make it over there.

I can’t possibly describe all the exhibits, so I will concentrate on one I thought was among the most interesting, having to do with the Mississippi Summer Project of 1964, a voter-registration effort that became known as Freedom Summer. The reason I liked the exhibit is that it had lots of documents and artifacts, including an organization chart of the Council of Federated Organizations, the group that spearheaded the effort; a calendar; a typewritten “Security Handbook” for dealing with the often-violent racist response; and, most telling, an FBI missing-persons notice for Andrew Goodman, James Chaney, and Michael Schwerner, the three civil-rights workers who were murdered. 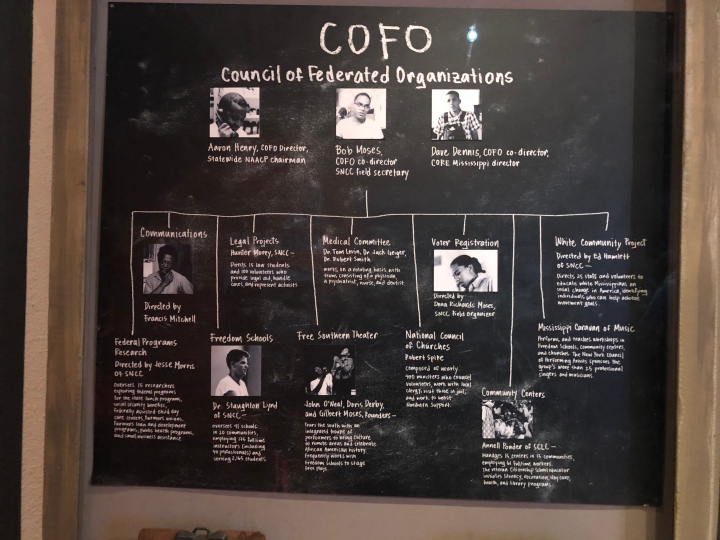 A blackboard shows the coalition of civil-rights organizations that led the Freedom Summer voter-registration drive in Mississippi in 1964. 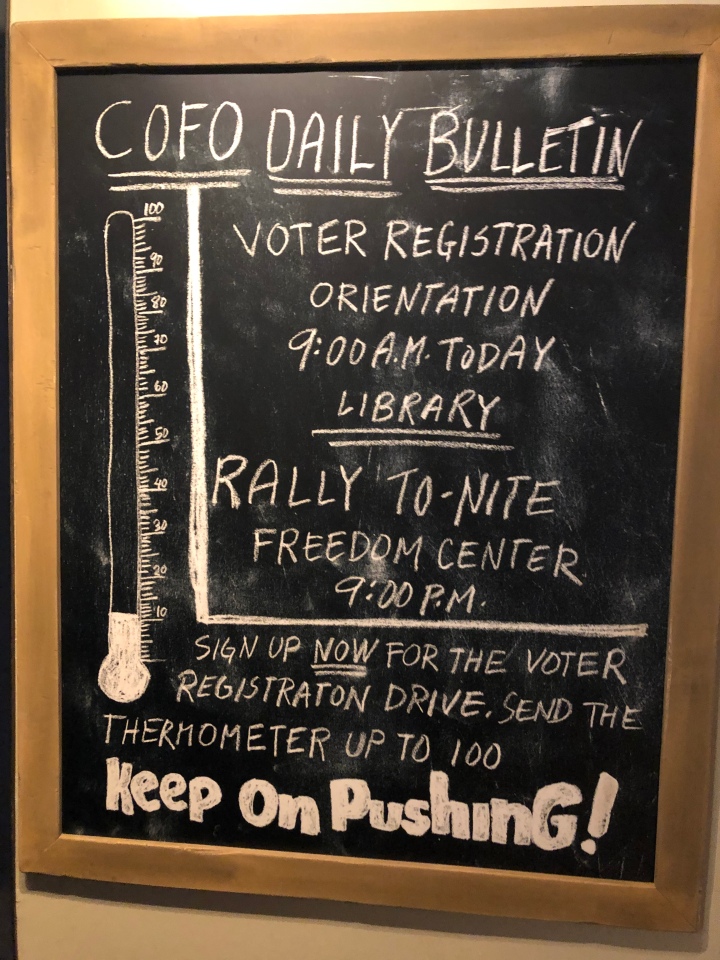 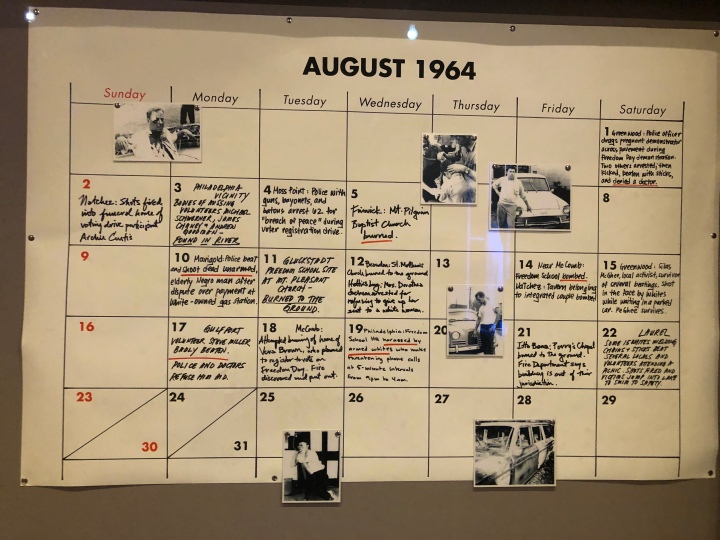 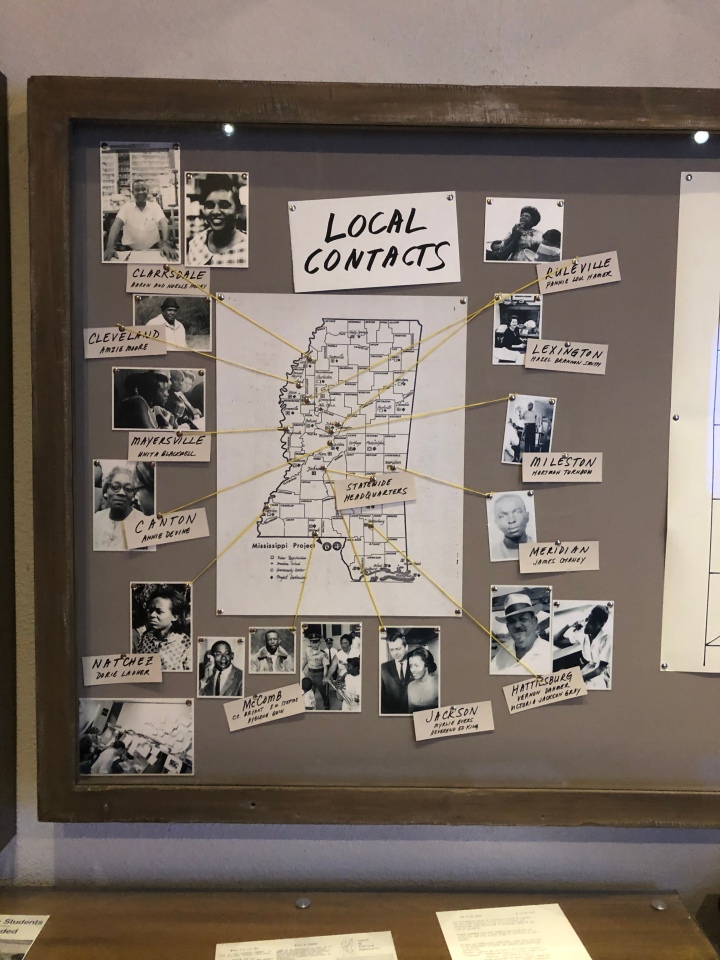 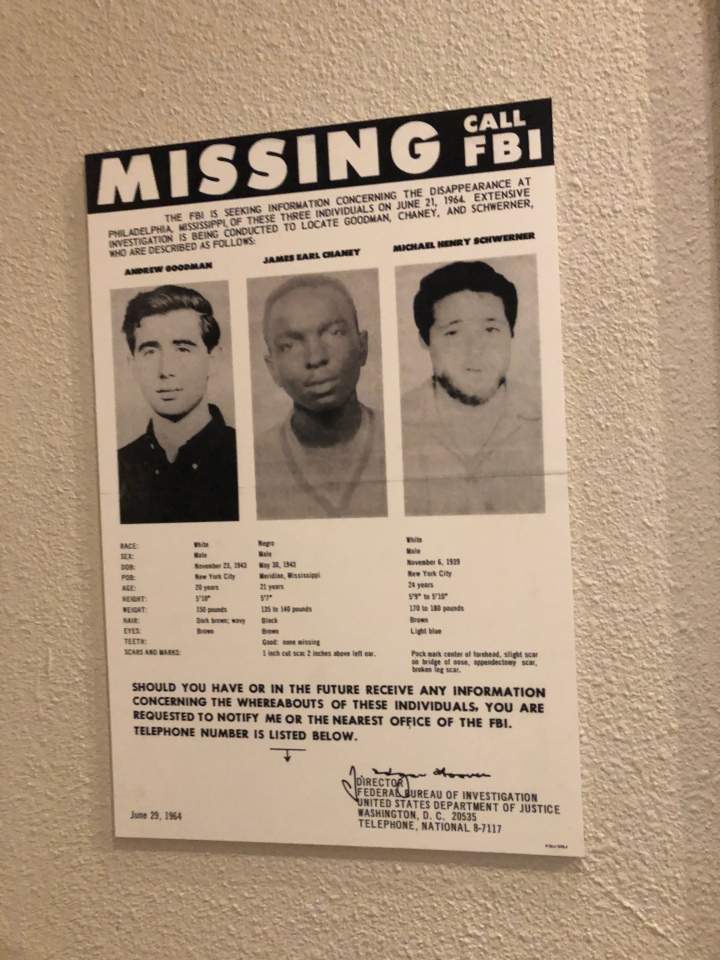 A missing-persons notice for the three civil-rights workers who were found murdered.

The museum also deals, of course, with the assassination. A wreath hangs on the balcony where Kind was shot. The two modest rooms that he and his associates occupied have also been recreated. 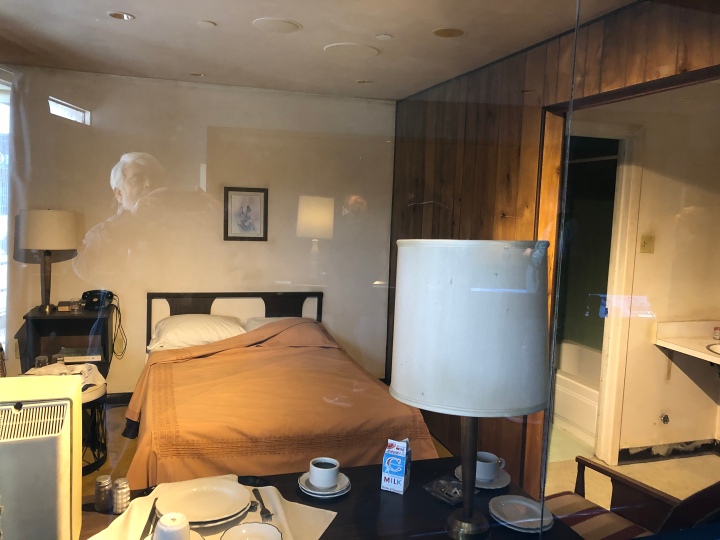 The motel room where Martin Luther King stayed the night he was shot, furnished as it was then