We spent a day at Petrified Forest National Park in Arizona. The park contains not only lots of petrified wood but also the Painted Desert and numerous other interesting geological features. 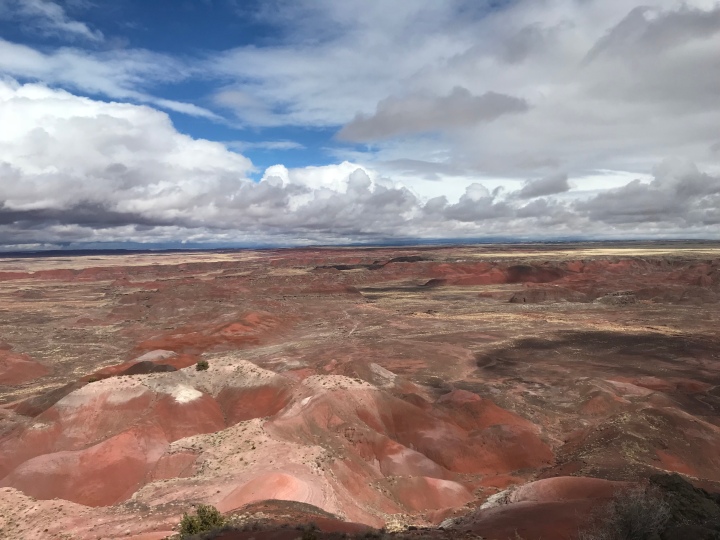 We entered at the north end, right off Interstate 40. The drive offered many spectacular views of the painted desert. The photos tell the story.

We also stopped at the Painted Desert Inn, which is now a museum run by the Park Service. The inn was built in the 20s from petrified wood and rebuilt in the 1930s from local stone. Some of the updating was done by our old friend Mary Jane Coulter, who designed many of the buildings at the Grand Canyon.

After leaving the inn — Robin said she could have spent the whole day there — we headed south, stopping along the way for more views of the dramatic landscape, the ruins of a pueblo, and finally the petrified wood.

One of the more interesting wood features is a petrified log that bridges an arroyo. The log is being eroded away but has been reinforced with concrete. Even so, as the sign said, the water will eventually have its way.

We were a bit tired when we got to the south end of the park, so we didn’t see as much of the petrified forest as we might have. We’ll have to return some day and enter from the south.