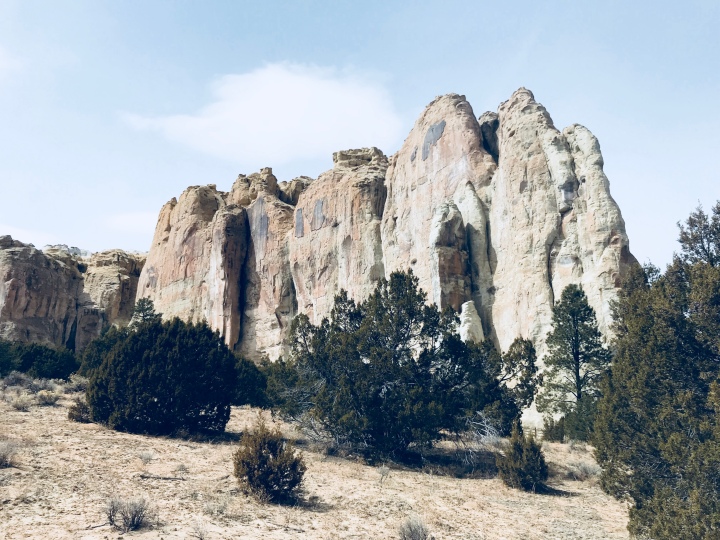 Today we got off the Interstate and took a side trip to El Morro National Monument west of Albuquerque.

El Morro means “the headland” and that’s what it is, a giant sandstone headland rising out of the New Mexico desert. But what makes it especially notable is a pool of water at the base. That pool, fed by rain and melting snow, has been an oasis for travelers for hundreds of years. 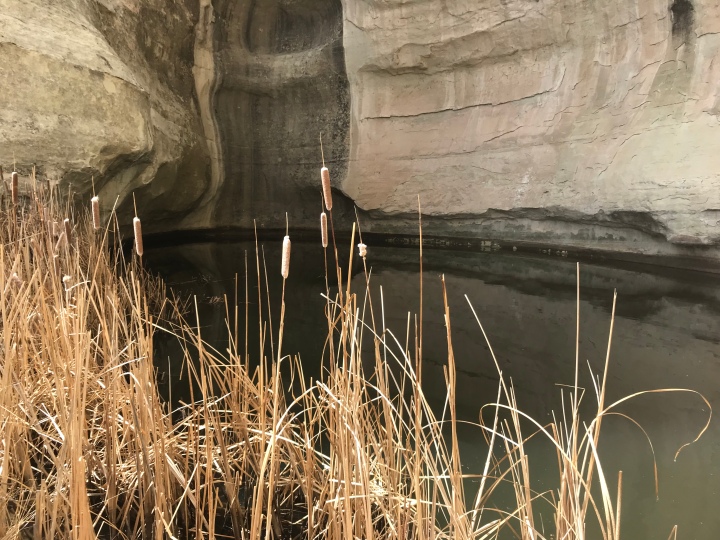 Native people first used the pool. Then came Spanish explorers in 17th century, before the Pilgrims landed at Plymouth Rock. In the 19th century, American pioneers stopped as they made their way west. 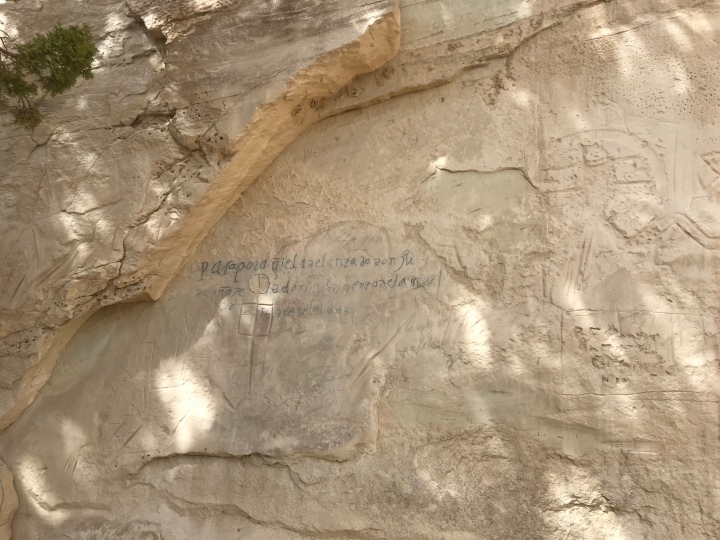 Many of those people noted their passage by carving the sandstone. The native people made petroglyphs. The Spanish explorers and the Americans carved their names into the rock.

Today it’s both an awe-inspiring sight and a history lesson. 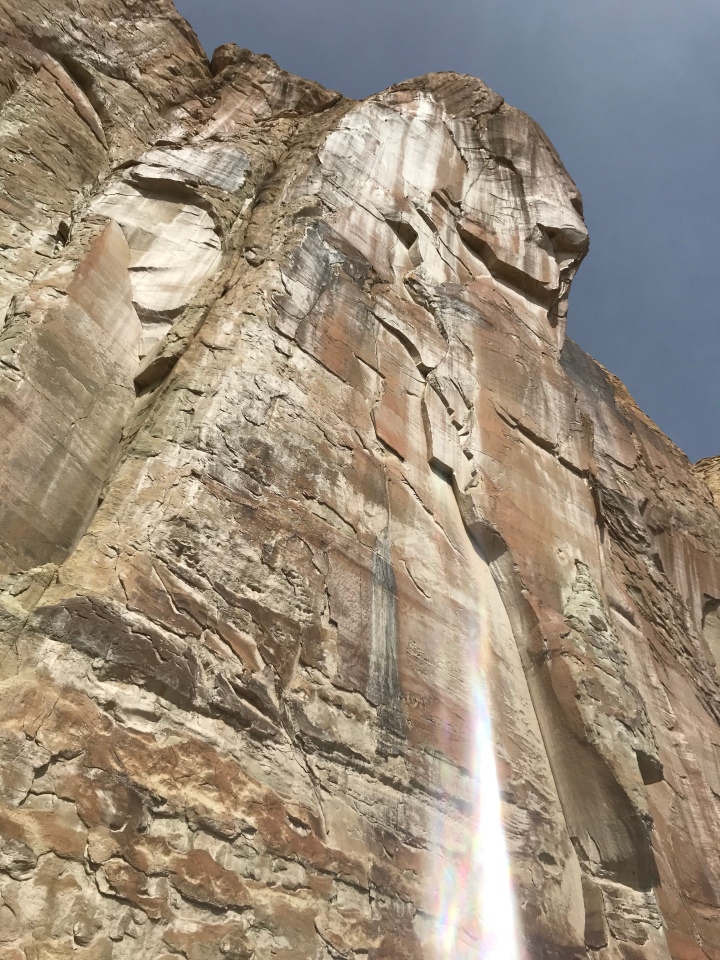 We hiked along the base of the rock and saw the pool and the carvings. You can also hike to the top, where there are magnificent views and the remains of a pueblo. We skipped that because the winds were pretty strong today. 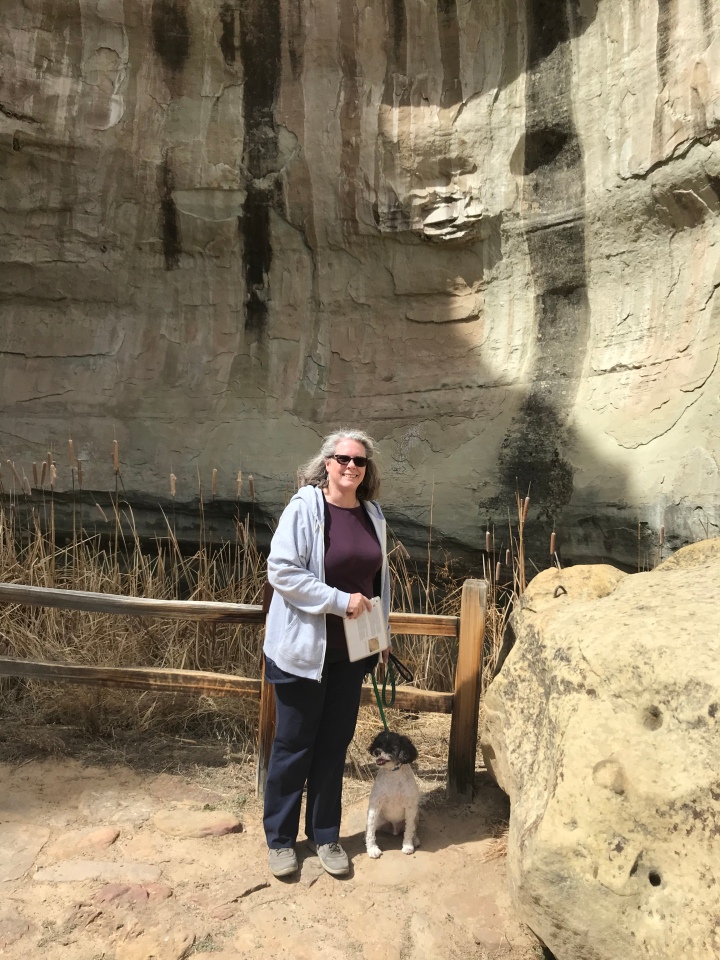 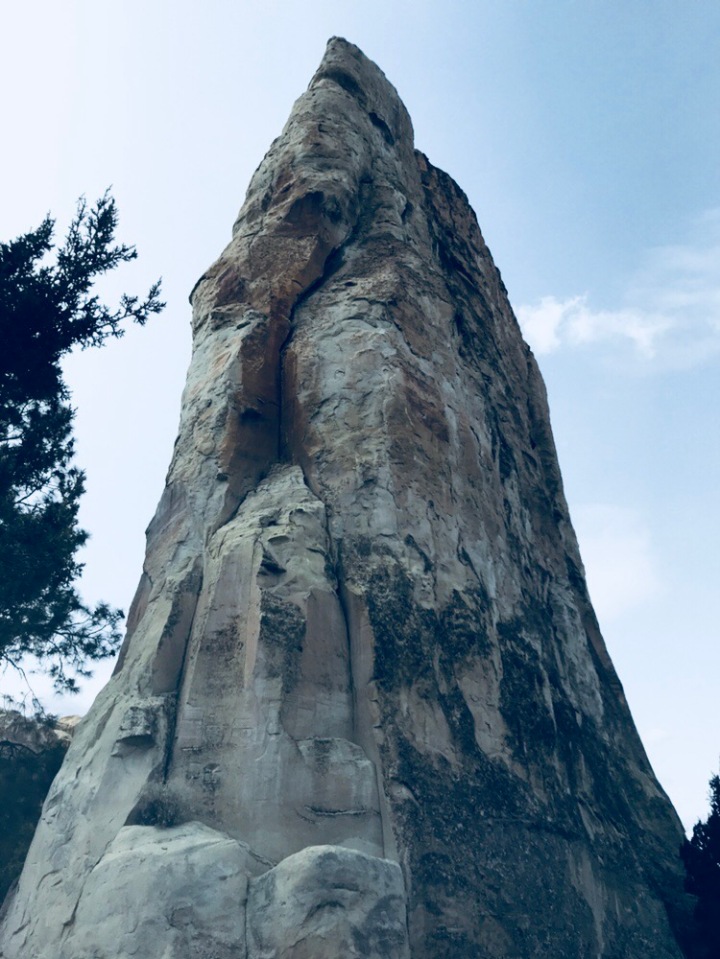