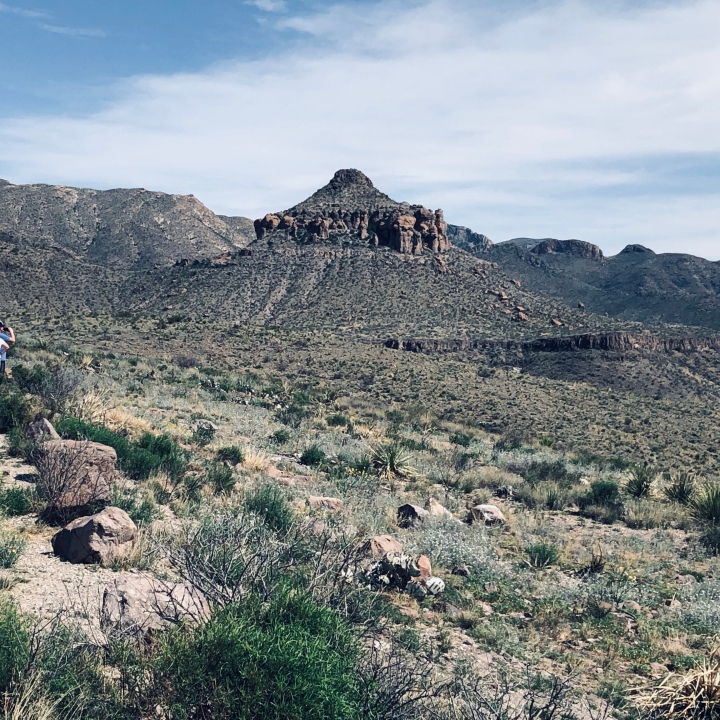 We spent two full days in Big Bend National Park along the Texas-Mexico border. The park is huge — more than 800,00 acres — and, like much of Texas, has a whole lot of empty. It’s a beautiful place, with lots of desert foliage and wildlife, and picturesque terrain. Because we had Teddy with us, we couldn’t go on the hiking trails, so we didn’t see much wildlife, but we still enjoyed our visit.

The first day we drove through the western part of the park, along what they call the Ross Maxwell Scenic Drive, which goes past a couple of historic ranches, several scenic overlooks, and down to the Rio Grande, where it flows through Santa Elena Canyon. 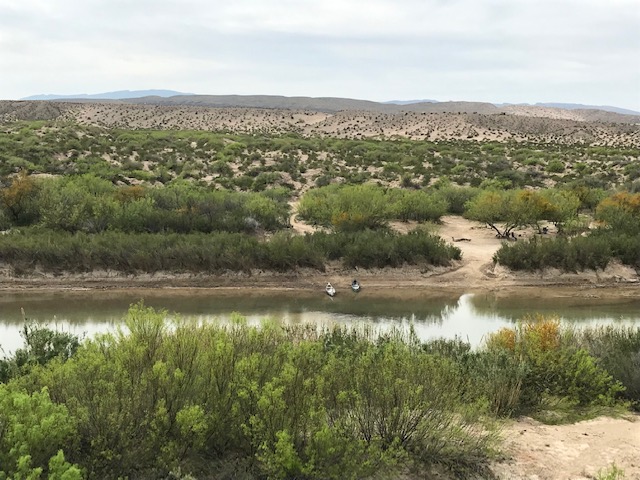 The Rio Grande, with a couple of canoes waiting no doubt to make an “illegal crossing.”

The second day we drove into the western part of the park. We went up to Chinos Basin, where there’s both a lodge and campground, but we didn’t stay long because it was really crowded. Then we drove down to Rio Grande Village for an even better look at the river at Boquillas Canyon.

Gazing at the border, you wonder where Trump would put his wall. It would certainly mar the natural beauty. Maybe he won’t bother building a wall here, since Mother Nature has already provided one: 1,500-foot cliffs on the Mexican side of the border. The park notes that passports are not required for float trips on the river, “but stepping onto the Mexican bank of the river, then returning to the U.S., constitutes an illegal border crossing.” We did see an “illegal crossing” — by a man on horseback. Boquillas has a port of entry, but we decided not to go into Mexico. 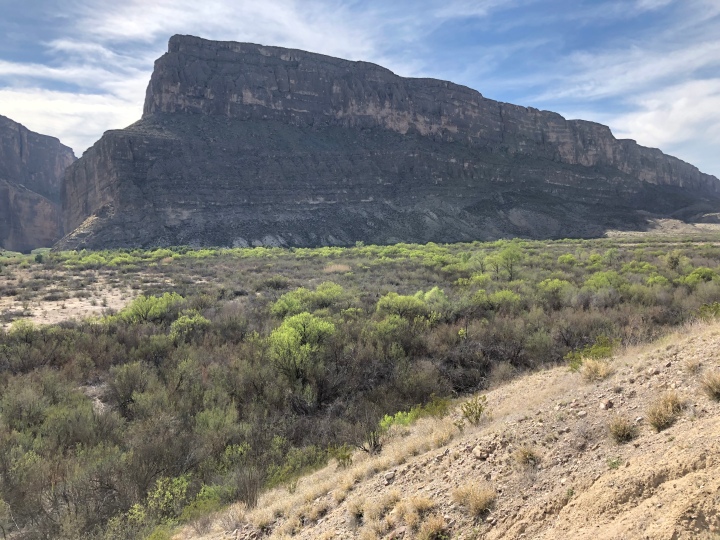 With cliffs like these rising 1,500 feet or more on the Mexican side, do we really need a wall?

The park has lots of backcountry roads. We drove down one to the Hot Springs, where there was once a small community, to have lunch. We got part way down the dirt road when we were stopped by a park ranger who said we would have to wait there because the parking lot was full. He also warned us that we would have to go around a tight bend with a steep drop-off on one side. He said we were probably not too wide but it might be a close call. We decided to try some place else and ate at Dugout Wells, site of an oasis. 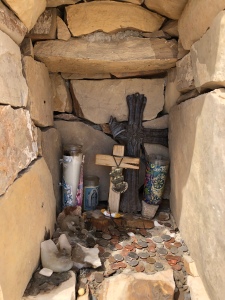 Our timing on this trip was not very good. We hit Louisiana the weekend before Mardi Gras, and here in Texas we arrived during spring break. As a result, the campgrounds in Big Bend were full, so we had to stay in an RV park in Terlingua, just west of park. We decided to drive up to the “Terlingua ghost town,” which turned out to be a bunch of little shops. On the way back, however, we discovered a great little barbecue place, DB’s Rustic Iron BBQ. It’s not much more than a glorified food truck, but if you’re ever in Terlingua, it’s worth a stop. 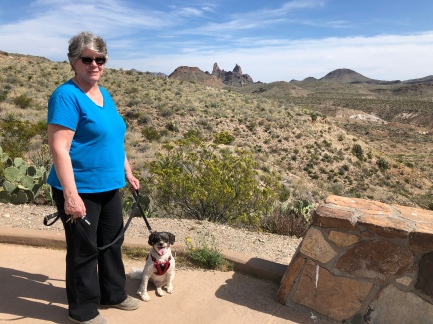 Robin and Teddy enjoying the view 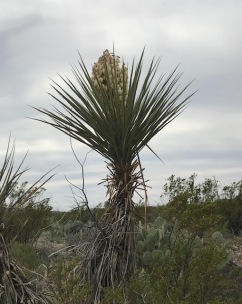 One of the many yucca plants in the park

From Big Bend, we headed up to Fort Davis to visit our friends, Lonn and Dedie Taylor. Rather than take the direct route via Alpine (which we had already gone through on the way down), we decide to drive the “river road,” Route 170, which follows the Rio Grande through Big Bend Ranch State Park.

It proved to be a beautiful drive, with lots of great views of the river. We turned north at Presidio and drove up through Marfa to Ford Davis. No, we didn’t see the famous lights. But if you’re interested in Marfa, you should read Lonn’s new book, Marfa for the Perplexed.

Dedie took us up to MacDonald Observatory, but the weather was bad, so we gave it up and drove to Alpine for a delicious lunch at the Reata and a visit to the Museum of the Big Bend, which has lots of artifacts from the area. That evening we returned to Marfa for dinner at the Hotel Saint George, where we ate in the bar. 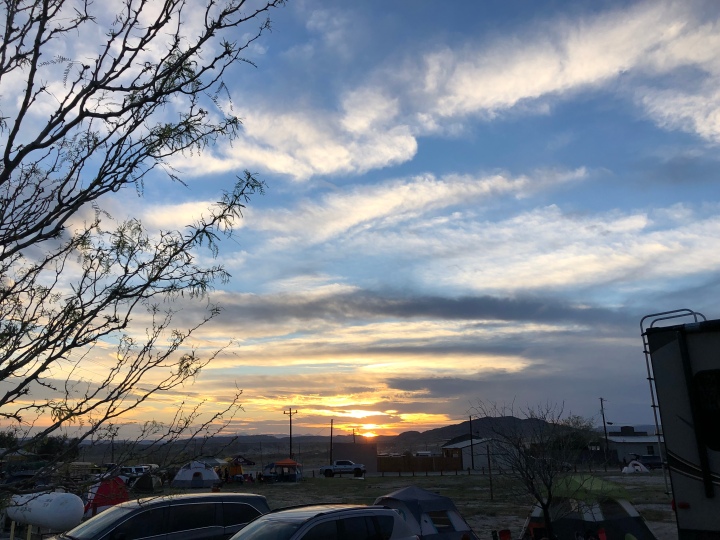 After our wonderful respite with Dedie and Lonn, we got back on the road and headed for southern New Mexico.

One thought on “Our visit to Texas’s Big Bend: great scenery and some musing about a wall”